Innovation and agility in the supply chain: eco-responsible productivity 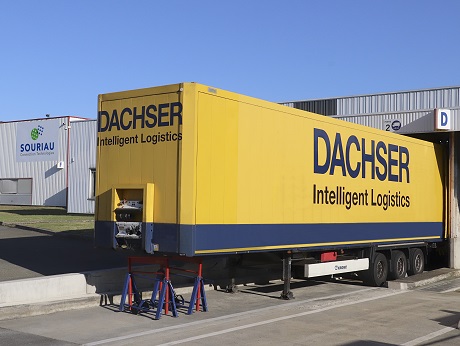 Today, most companies are seeking to move towards sustainable and ecologically responsible development, but in general these transformations are costly and even reduce their profitability. However, SOURIAU represents an exception to this rule, celebrating in 2019 the first anniversary of a major logistical change.

SOURIAU has been partnering with Dachser's Vendée agency for more than 15 years, an international provider of transport and logistics solutions, for the transport of parts and components between its sites in Sarthe and Morocco. Since April 2018, the two companies have been developing new business models to allow them to save costs and time and make gains in productivity. It is thanks to this close partnership between these two actors that the idea of sharing trailer space, while increasing the rotation frequency, was born. The concept is simple: co-loading goods for several customers in the same trailer to Morocco optimizes the fill rate, which reduces the cost to customers, and has allowed the carrier to offer these extra departures to other customers to reduce the free capacity. "In the past, we had a dedicated van that used to go back and forth. Then we gradually started to try out coloading with one, then two rotations per week," explains Sylvain GUITTET, logistics manager at SOURIAUSUNBANK. "But the average waiting time between each departure was 84 hours, it was too long for us. In the spirit of lean, we were looking for solutions to improve the smoothness of the flow and increase reliability.”

The proximity between the two actors and their cooperation over the past 15 years have encouraged them to work together to improve the current service. After a series of negotiations, they agreed on a plan with 4 departures per week instead of 2, with an extended transport time of 60 to 72 hours. For SOURIAU the advantages are considerable. Apart from a reduction in the waiting time between each departure of almost 2 days, reliability is high with more than 98% of loads delivered on time. Considering any delays which impacts the production lines can quickly generate significant financial losses, better reliability even if lead times are longer is preferable to the opposite situation.

This initiative has reduced the waiting times between each departure to an average of 42 hours, a 50% reduction, which optimizes manufacturing lead times. Smoothing activity at both sites also optimizes staff time during loading and unloading. With 2 departures per week, loading and unloading generated sustained peaks of activity, with slumps in activity in between. A more moderate and smoother work intensity improves 1/2 the safety and reliability of employees. This innovative and agile transformation of logistics delivers significant benefits for both the carrier and the customer, as well as for the environment.